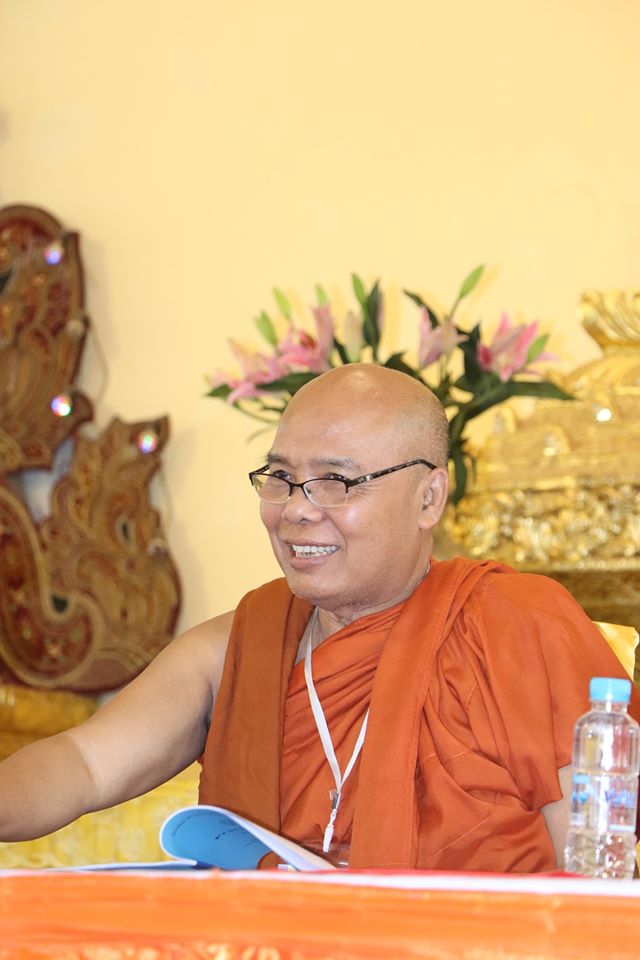 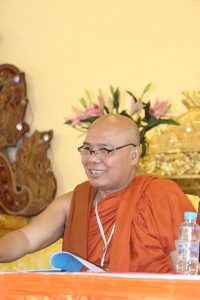 The world “peace” becomes popular not only in this twenty-first century but also over twenty five thousand years ago. The people in those days also looked for the real peace that is very difficult to find out because they had no perfect enlightenment to find out it. They do not feel in peace of human society which is subject to both clinging: craving and wrong view so no body found out the real peace. After having appeared our Buddha, the people who followed the teaching of the Buddha, had known the real peace.

The Buddha discovered the real peace by his Enlightenment beneath the Bodhi-tree in Gaya India in six-century B.C. The Buddha taught his disciple: Bhikkhu, Bhikkhunī, upāsakā and upāsikā to get the real peace. The real or ultimate peace is Nibbāna. We can achieve it through developing morality (sīla), concentration (Samādhi) and wisdom (paññā).

The person who keeps on observing the five precepts has to live in peace of bodily action and verbal action. The person keeping on concentration would have to live in peace of mental action and the educated intelligent person has to experience the real peace in realization of Four Noble Truths. He can get a calm experience that is free from the three clinging I (māna clinging), mine (tanha clinging) and myself (diṭṭhi clinging).

There are two aspects of methods to live in peace in human society; living together in peace with family or friends and living alone in a place. The Buddha preached that when everybody lives together with others in the same place, must practice developing the four Brahama vihāras; called Brahmacara: mettā– loving kindness, karunā-compassion, muditā– appreciative joy or congratulation and upekkhā– indifferent feeling in which every Brahma in fine material sphere are always living in developing those four objects to all beings. So these are called Brahma vihāra– four residences of Brahma.

What is mettā – loving kindness?

Suppose there are 5 persons living together in a family. Each one must take care one’s action or one’s behavior not to disturb or hindrance to the rest four persons. Each one must live together thinking about in being peaceful of four others. It is the same to other family in six persons, seven, eight, nine persons etc. If each one could follow the practice developing loving kindness as mentioned above, there would be definitely peaceful in the family.

Even so, every family or every home in the same quarter must practice the developing loving kindness to another home when the method above-mentioned could follow by all, there would be definitely peaceful in the family. Every family must reside respecting other family not to be bothersome due to one’s behavior. Should every family follow this practicing, there would be peace in the whole quarter. Through the same way of this, we must practice developing loving kindness from quarter to town, from town to district, from district to division or state, from state to country, from country to continent, from continent to the world, the world to the universal.

And what is karunā? which is to all weak person. It means, we must develop the compassion to all weak beings without any discrimination among human and animal, male and female, relative and non-relative, nation and not nation etc. This nondiscriminatory is concerned with all four Bharamavihāras.

Then Upekkha-indifferent feeling that refers to all beings can be calm or stable on both desirable and undesirable object. Everybody who has developed this upekkhā has no extreme emotion in his or her mind that cannot shake up and down under the favorable and unfavorable circumstances. That is why the person has no any recollection or remembrance whether it is desirable or undesirable to him.

That means the person did not keep in his or her mind any behavior whether it praised or maligned to him or to her. So the person does not feel to the respective person who had spoken. This is the power of developing upekkhā, in different feeling. This show if we want to live together in peace with others must develop the four Brahamacāra each others. This is how to live together in peace with others.

Now I want to continue my presentation which is how to live in peace alone. Everybody had experienced to stay at a solitary place alone. At that time how would you live to be peace in that place? To live in developing vipassanā which is developing insight meditation.

Another one is called suddhavipassanāyānika[iv]– the vehicle of pure insight which has no need employ the development of calm or concentration as a foundation for insight meditation.

After having purified our morality, we can enter directly into the mindful contemplate on of the ever changing the way of process of mental and material phenomena.

When this contemplation gets momentum in strength and exactitude, our mind becomes naturally concentrated upon the ever changing equal to that of access concentration. This moment by moment mature mind concentrated on process of mental and material phenomena. It is known as momentary concentration (Khanika Samādhi)[v].

That is why it involves a degree of mental stabilization equal to that of access concentration. This momentary concentration is regarded as purification of mind for the suddha vipassanāyānika meditator who adopts the vehicle of pure insight. Such a meditator is also called a “dry insight noble person” (sukkhavipassaka)[vi], because his developing insight is without moisture of the Jhānas. This shows when everybody should live alone in peace developing insight on the object of internal mental and material phenomena by three characteristics; contemplation of impermanence, contemplation of suffering and contemplation of non-self.

In wider speaking, there is a flame of candle. When we look at the flame without mindfulness, we can think about that that looks same flame or just one but if we look over the flame with mindfulness, we can find or see that the flame is not the same. It is ever changing of flame one by one which is appearing and disappearing based on both oil and wick. We can discern the former flame has gone and the later flames come replaced into there. As so we can see the process of arising and ceasing of mind and matter in our body.

For another example, there is a river in flowing of water incessantly. As we look at the flowing of surface of water in heedlessness, we can think of that the surface of water is not different and see the same water but nevertheless when we look at it in heedfulness, we can see that it is not the same, it is different water. We cannot see the same water twice. It means, what we has seen first water, cannot be seen second time because it had gone down. Even so the process of mind and matter in our body is flowing in current of arising and ceasing.

After that we realize that it is impossible to belong to us and to find out I, mine and myself on the stream. It is just only natural stream of mental and material phenomena. Then we will have escaped from the three clingings: I (māna clinging), mine (tahnā clinging) and myself (Ditthi clinging). This peace is only because of development of insight meditation.

In the conclusion what this essay aims to share knowledge to all is we can get definitely the peace through developing four Brahmacāra each other while we live together with family or friends and we can get the peace through developing vipassanā– insight meditation while we live in solitary place alone. The main different sense between them is the sense of conventional truth (samutisaccā) and ultimate truth (paramattha saccā)[ix].

May all be healthy!

May all be happy!

May all be peaceful!

About Journal of Myanmar Buddhism